Last Christmas we caught up with family in the fittingly Royal town of Windsor. While there we came across a fantastic vintage charity shop, run by Thames Hospice. Its Retro and Vintage Shop in the city centre is one of those cleverly presented spaces that feels part boutique and part time travelling machine. 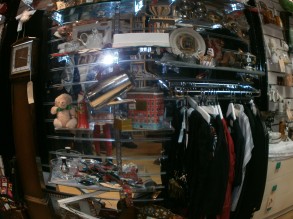 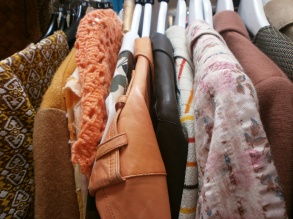 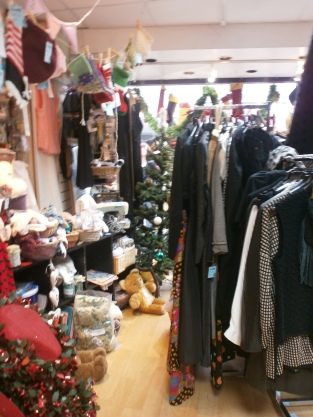 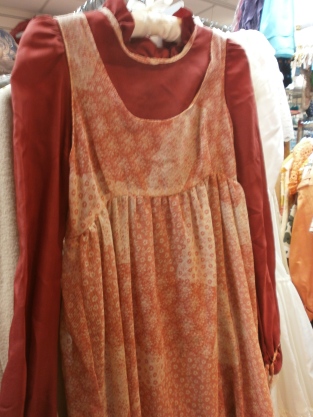 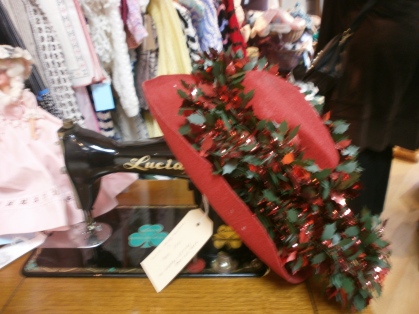 This Christmas we returned for a brief stop (well okay I spent an hour in the shop) to reacquaint ourselves with its sixties/seventies vibe.

There were some great Margot Leadbetter style evening dresses from the early seventies.

I also tried on a pair of punk-inspired tartan trousers (which were way too small!). There were china tea sets from the 1950s, household appliances from the sixties and a few pieces of vinyl from the 1980s. Alas, having tried on at least five outfits, I came away with just a yellow necklace and red and blue scarf. The latter makes me think of a 1970s British Airways air hostess and I’m hoping to use it as I change some of the clothing for my latest installment of Project 333.

I really do love the Retro & Vintage Shop. It’s one of those clever boutique shops that more charities seem to be cultivating (in Bath I can think of the Dorothy House shop on Broad Street and the vintage section at the back of the Julian House shop on Walcot Street). If you’re ever in the Windsor area I really recommend paying it a visit on Peascod Street. You never know, there may even have a been a few Royal donations….