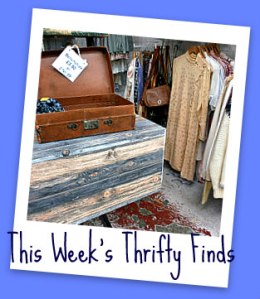 I did manage some Thrifty Finds last week:

1. If you read last week’s post about my Christmas budgeting you would have seen that I use my Nectar loyalty points to buy Christmas items from Sainsbury’s. Last week was their ‘double up’ promotion and I was able to turn £25 worth of points into £50 to spend on selected wines. So now we have bought our Christmas alcohol- just have to try not to drink it!

2. Last Friday I had a training course in a town I don’t normally visit. I had time to browse the charity shops there which are significantly cheaper than Bath. I bought a good quality Christmas jumper for £4.99 (originally from Next) for my husband: 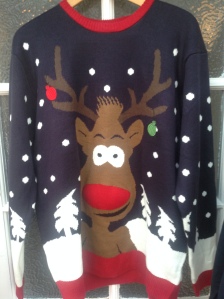 3. I also bought this Christmasey jumper for myself for £4.50. I like that it’s not overtly Christmas and that I could probably wear it for most of the winter: 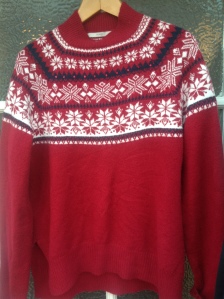 4. I also went to the school’s Nearly New Sale on Saturday and bought a long sleeved navy t-shirt for 50p, a dress for £2 and this game for 50p. Phase 10 is an UNO-type game and has been on my wish list for ages. I was so excited to buy it! 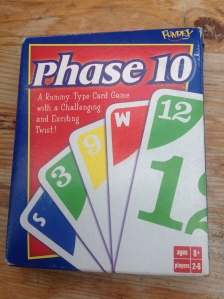 5. On Sunday we took a trip to Bristol and parked in the free car park that  my husband can use through work. 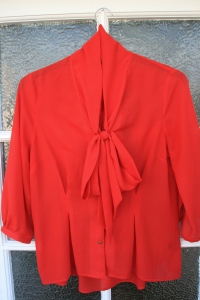 Who made my clothes?

Tomorrow is Fashion Revolution Day, marking two years since more than 1000 garment workers were killed in Bangladesh when the Rana Plaza building collapsed. The factory workers were making – or had recently made – clothing for 29 western retail outlets. There is a rather harrowing documentary made by the BBC here that talks in more detail about the Rana Plaza factory, its collapse and the terrible stories of some of its survivors.

To date the fund that was set up to raise money to support the victims and families has received $21 million  in compensation payments from brands including bonmarche, C&A, Primark and Walmart. The fund still needs $9 million but some brands have refused to contribute or, like Benetton, paid a small amount. There is an online petition asking the Italian clothing company to pay more than the $1.1 million it announced it would donate last week (17th April).

Organisations such as Labour Behind the Label and Clean Clothes Campaign are campaigning for better working conditions, pay and opportunities for clothing workers around the world.

They suggest many ways to let your voice be heard to campaign for better compensation for Rana Plaza victims and to ensure this tragedy doesn’t happen again.

– Labour Behind the Label suggests organising a protest outside Asda (Walmart) or Benetton OR holding one minute’s silence at 11.34am OR posting a solidarity message on Facebook or Twitter and using #RanaPlaza

I briefly had a look at the Sainsbury’s website as I have a couple of recently purchased items of clothing from its Tu range.

On their website they say they are: “active members of the Bangladesh Accord for Fire and Building Safety since its inception on 15 May 2013″ (set up after Rana Plaza).

Sainsbury’s also answer a question about how to ensure their clothing workers are treated properly  with some wording about its “Sourcing with Integrity” core value. I noticed that its labels state its clothing is made in Turkey and a recent report from the Clean Clothes Campaign indicates workers there are being paid below the poverty line. The factsheet below shows the huge shortfall between pay and what it costs to live in the country and the organisation is campaigning for better wages. 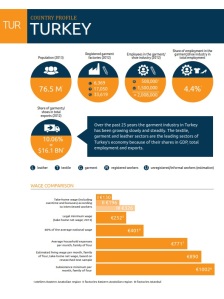